On the Pastor's Mind

Expectations.  Jesus stood in front of the synagogue and told his people that he was the fulfillment of scripture. This was not what they were expecting.... so they thought about hurling him off a cliff.

Several years ago some of you will remember that the world experienced an epic tragedy when a massive tsunami hit in south , a story that is told in the new movie out in theaters now called: The Impossible.  Thousands of lives were lost, and people were scattered. But many do not know of the remarkable survival rate that occurred with the animal population.  In the continuing cleanup workers found only a small amount of dead animals.  Apparently, the animals do have the ability, long often theorized about, to sense these impending weather disasters.  Before the great waves of the tsunami hit the animals had already started moving inland.  This was especially true for the .  is one of the most populous locations in the world for elephants.  But according to a report not one elephant was found dead.  Just prior to the tsunami, it was reported, that the elephants began to move inward.  And some animal experts claim that the other animals watch the elephants.  They go where the elephants go.  In other words,  where the elephants go, so goes the animal population.

It is good to identify people in the community who exhibit qualities of wisdom. They seem to be attuned to lasting patterns of meaningful life and purpose.  The presence of awareness guides their words and steps and they move in our midst as guides.  They don't impose their "way" upon us.  Yet because we see them moving through their own lives with grace and stability, we find ourselves seeking them and following them.
Who are the "faith elephants" in your life?  Whom do you see as somebody you can count on to point the way to safe, lasting meaning and purpose?  In other words, who are the people in your midst who regularly point the way to the Kingdom?
Posted by Pamela Czarnota at 12:30 PM No comments:

On the Pastor's Mind ... more on Epiphany Light

It hasn't been that long since we celebrated the birth of Jesus.  Last week we read how  Jesus turned water into wine (even though he told Mary that his hour had not yet come!)  Now this week Jesus announces he is the fulfillment of the Old Testaments' prophet's promises.

How are we paying attention to Jesus during these winter months?   How are we seeing God's Epiphany light in our lives?  Where are we looking to see these signs of the kingdom?
Posted by Pamela Czarnota at 3:14 PM No comments:

There is a story (told by Max Lucado) about a lady who had a small house on the seashore of Ireland at the turn of the century.  She was quite wealthy but also very frugal with her money.  The people around her were surprised when she decided to be among the first to have electricity in her home.  Several weeks after the installation, a meter reader appeared at her door. He asked if her electricity was working well, and she assured him it was.  The meter reader then asked her to explain something.  He said, “Your meter shows scarcely any usage.  Are you using your power”?  “Certainly,” she answered, “Each evening when the sun sets, I turn on my lights just long enough to light my candles; then I turn them off.”
As Max Lucado further enlightens – this woman was tapped into the power, but she doesn’t use it.  Her house is connected but it is not altered.  Sometimes as Christians we can make the same mistake.  In the great gift of God’s grace we know through faith that we have life forever with God, however, the great trap we can fall into is that once we acknowledge that faith, we stop there.  We become connected but we never fully turn on the lights, we don’t alter our lives.

From Pamela:  I wonder, are there times that we pray for change in some way with conditions or limits set upon how much we want to change.  Perhaps we may ask for some addiction to be managed.  Then we wonder why during the holiday seasons why we don't want to attend the same types of parties we did in the past.  (I wanted to be changed -- but not THAT much!)

Sometimes we ask for God's light to illuminate our understanding of the way a co-worker acts.  But then when we look in the mirror and see that same character flaw staring back at us we are shocked.

Being connected to God is a wonderful thing.  It is also wonder-filled.  Constant connection provides a flow of grace and truth that spills over into all aspects of life.  This connection has its greatest power in our life when we stop trying to plug-in on an as needed basis. 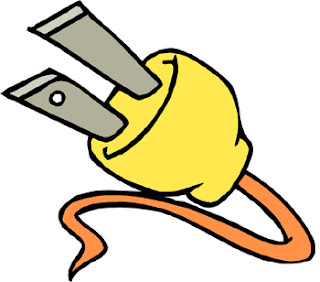 I think the term is "hard-wired" when a connection is made that is constant and ideally immune to interruption.

We often like to be hard-wired for our cable systems.  Why not for our faith system?

Posted by Pamela Czarnota at 4:38 PM No comments:

Musings on the upcoming message

Jesus was baptized.   We are baptized in his name.   How do we see that baptism in our own life and in the lives of others?   How are we stamped differently with it?   Pastor Randy

Food for thought from Pamela    It has been said that at baptism we are infused with divine DNA that expands throughout our life.  This divine DNA shapes us and clarifies our "baptismal character".  What might that mean as we journey together as the people of God?
Posted by Pamela Czarnota at 8:50 AM No comments:

I wonder how it felt like to be the leader of the caravan and to be searching for a king, something grand, to perhaps have an expectation of pulling up to a great palace to meet this new born king, but as you are drawing closer you realize this is no palace. This is, as the text plainly tells us, a simple house.  There would be no red carpet; there would be no trumpets announcing their arrival; there would be no be formal introductions, but rather they all probably crowded into this simple house to encounter this simple family, with a simple baby, who by the way was not wearing a halo to prove to the wisemen that they got it right.   They had set out for a palace of a king and ended up at a home of a common family.  However, they did get it right.  They did get it correctly.  They did pay homage to a king, not just the king of ; not just the king of , not just the king of the Jews, but the king of humanity - the first born of God, the true light that had entered the world.
(From Pastor Randy's sermon Jan. 5/6)

From Pamela:  I liked the idea presented on Sunday about "redirecting" as it applies to the church.  Like Pastor Randy, I have had several experiences of following the voice of the Garmin and hearing it say "Your destination is on the right" and I look around to find myself in the middle of nowhere.  It takes a while to figure out what to do.
Here are some options:    Go back to square one.   Give up or sit in a tantrum of frustration.  Call somebody who knows more about the region than I do. See what is available where I am.

How about you?  When you end up somewhere unexpected what do you do?  When the church is in an unknown or unforeseen place what are some of the options we pursue?

Posted by Pamela Czarnota at 7:30 AM No comments:

On Pastor Randy's mind for this week:

The wisemen follow the star through challenges and differing routes.... What direction is our life heading?  and how are we seeking to be directed in that path?
Posted by Pamela Czarnota at 10:44 AM No comments:

We have the Father, the creator. We have a resurrected Christ who has ascended to be with the Father. And we have this gift of God’s presence in the Holy Spirit, and we seek to make sense out of our monotheistic religion, our belief in one God. How do we understand God to exist? And, perhaps more importantly, how do we understand God to interact with humanity some 2000 years after the resurrection?

In short, what we understand, even as practicing and faithful Christians, is far exceeded by what we do not know.